The Power of Words | Shanna Lee 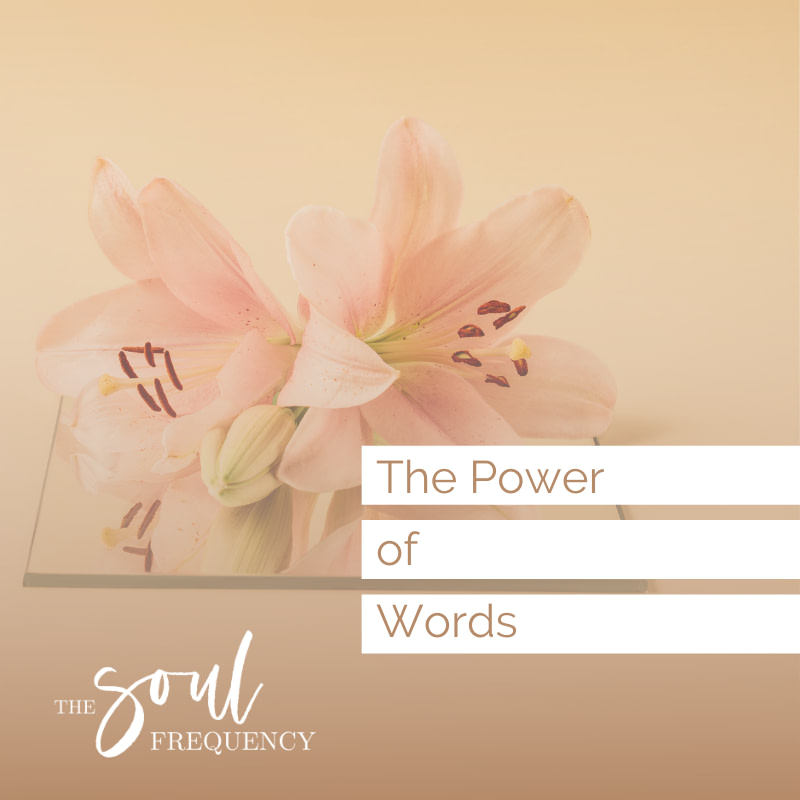 Have you ever thought about why you choose to use certain words?

We often pick up words from our environment — like slang words or words that identify us with a group — but those words aren’t necessarily our words (or the most intentional words for the situation).

And there’s a good reason for this, too (biologically speaking, anyway).

The brain is always trying to keep us safe, and so it tends to pay more attention when something is wrong. There’s more nuance to negative situations, so we need more words to describe them. And the differences between these nuances may mean the difference between life and death (especially to the primitive parts of our brains).

This is why we get so triggered by negative words. Our bodies don’t feel safe when we use them because our brains are sending signals to our adrenal glands: Stay on high alert! There’s a lack of safety! Do something! But is there really cause for our bodies and brains to be on high alert?

How to Focus on Positive Words

The words we use are so important because words are always creating and putting energy out into the world. We really need to awaken and step into that next level of awareness if we’re going to consciously create good things.

So how do we do this? How do we start using more positive words?

Start noticing your feelings when you say certain things.

One of the biggest misconceptions about the power of positive thinking is that we should only be thinking positive thoughts or verbalizing positive statements. But when we ignore our initial reactions, we end up shoving them down instead of learning from them.

When we say positive statements (such as affirmations or mantras) or when we have positive conversations with people, we’re sending that positive energy out to the world, and it feels good.

We want to feel good and put good things into the world — not only because it makes the world a better place but because this increases our chances of getting those good words, emotions, and vibes returned to us.

When we have feel-good conversations, we want to ask ourselves the question, how do I have more conversations like that?

We gravitate toward whatever we’re focusing on. So, instead of sending our attention to what we don’t want, we need to focus on what we do want.

When our thoughts go low, we can go high

There’s a lot of research out there on how many tries it takes to break a bad habit or create a positive one. And while those numbers vary greatly (some research suggests it takes 30 tries, while other data suggests it may take hundreds), we do know that an important part of changing patterns is disrupting their flow.

When you find your thoughts going low, ask yourself, what’s a new word that I can use to counteract a rageful statement? How can I rephrase something negative? What am I really trying to communicate?

So often we get frustrated, and we communicate: don’t do this. Instead of communicating what you don’t want, how can you communicate what you do want?

Instead of focusing on the negative, we could ask ourselves, I‘m noticing a certain behavior. And I don’t like that behavior. What’s the behavior I actually want to ask for?

And instead of giving any energy to the behavior that you don’t want, try saying to the other person, “ Hey, could we do it like this? Can we talk to each other in this manner?”

By doing so, we take the other person’s defenses down, so they don’t feel like they’re being attacked. Then, you’re having a conversation at a much higher frequency with that person.

Clean up your messes

We all have choices about how we speak to people and interact with others. But even with the best of intentions, we all make mistakes.

We’ve all been there. We’re in a conversation, and someone gets triggered. And the negative words come pouring out.

And after the fact, you’re thinking, oh my gosh, what did I say?

If that happens, just go back and clean it up. Apologize. Explain that you didn’t mean for the words to come out the way they did. And then say what you actually meant to say.

When you do that, you shift the energy. You also shift the programming of your brain, and your brain is going to react differently the next time that you’re in this situation again.

Really think about the words you use all the time. When you start using negative words or phrases, stop and say to yourself, that’s not nice.

Take note of when you complain over and over, like a broken record.

Just stop. And say, “Wait a second, let me not give any more energy to that pattern. Let me create a new way of speaking my truth, speaking my mind powerfully, and in a positive direction.”

Get playful with words

Start spending time really playing with your words, seeing what resonates, and seeing what feels really good to you.

What are the words that feel inspiring and exciting and expansive? Write them down in a journal so that you start to really work those into your daily lexicon of words.

The English language has an estimated 200,000 words! This means we have tens of thousands of positive words at our disposal.

When we get playful and have fun with words, choosing our words and being intentional with them doesn’t feel like such a chore anymore.

It’s easy to lambaste ourselves when we ‘mess up’ or ‘get it wrong’. But when we choose to view intentional word choice as a whimsical game instead of an all-or-nothing task, we become more open to inviting in the positive — and creating more of those positive vibes in our conversations, our lives, and our world.