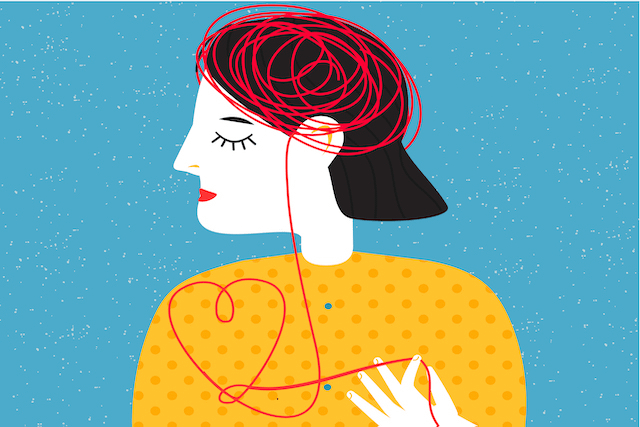 I’m waiting for my mother’s nurse to pick up. The hospital recording has been on a loop for twenty minutes: “Our hospital is committed to integrity, to the destitute, the sick. Our physicians and nurses have trained at some of the most prestigious colleges in the country. Our patients’ health and comfort is our #1 priority.”

The woman on the recording sounds so clear and passionate. I can picture her in the recording studio. Maybe she had to audition for the part. Maybe she got paid a lot of money to say these things. Finally, a nurse picks up. She sounds exhausted. Would never have gotten the part.

“Has anyone been in to see my mother? She’s hysterical and can’t breathe.”

“Your mother is getting a new nurse.”

“But the nurse I spoke with earlier said she was on her way with meds!”

“Someone will be there within the hour.”

“She’s got to suffer for an hour?”

“Someone will be there as soon as they can.”

“That’s not what your hospital recording says!”

The nurse takes a deep breath. “Oh god,” she mutters. Then I hear the phone land on a hard surface.

Recordings are usually neat and tidy. Real individuals are not. There may still be a commitment to life, to kindness, but unscripted commitments are harder to decipher. I think because behind the slogans and edited promises, everyone has to deal with their own relationship between the way we are told things are going to be and the way things are.

My mother for example has a slogan that goes something like: I am a strong as sh*t individual with impeccable judgment. And she often is. But behind the scenes, in the moments of reality when whatever pain sets in and there’s no one around to slogan to, she cannot handle her anxiety and has a tendency to drink herself nearly to death and wind up in the hospital on life support.

Me, for example, when I’m writing this, I’m pretty grounded in my ideas for about ten minutes at a time. But in between those moments, when the vastness of everything collides with the tininess of who I think I am, when my insane restlessness causes unbearable pain, I clench, and then go to places like Amazon to look for things to better organize my pantry.

I think of the nurse, obviously in no mood to hear about slogans. Perhaps she hasn’t slept in days and has been taking care of so many sick and destitute people that she has not been able to take care of herself. Maybe I caught her at one of those moments when she didn’t have enough energy to pretend to be a spokesperson for anything. Who knows what people have to deal with behind their job descriptions.

There’s the slogan, and then the fractaling inward to a more intimate reality, to those minutes in secrecy behind all closed doors, where there are individuals dealing with themselves and other individuals.

My mother’s neighbor has visited my mother every day in the hospital. He cares about my mother. And yet, he’s the one who gives her the vodka. He says he figures if she doesn’t get it from him, she’ll get it from someone else. He doesn’t think of himself as being a bad person, he’s just doing what he does based on the equipment and experiences he has.

Just like the woman who called from the Special Olympics on the other line who got upset with me because I didn’t have time to listen to her slogan. “Thanks a lot,” she told me. “Now I won’t meet my quota.”

I laughed to myself thinking I must be attracting every fed-up person in the country. And I couldn’t wait to dismiss her as horrible, to throw her in that bin in my mind where ridiculously horrible people go. But if I dismissed everyone for being horrible, who would be left? Not even me. And I wouldn’t be able to call anyone to commiserate with, because they’d all be in my trash can.

I think my expectations for people were learned from television. I grew up on television. Life on television always had a beginning, middle, and end, applause and credits. People on television were always who they said they were and if they weren’t everyone would band together and help get them back.

I remember when the television shows would end, resenting the real people around me for not being recognizable from one day to the next. What I didn’t realize was that the people on television were dependent on a budget, on someone to write their lines, on rehearsals. I didn’t understand that in real life people were dealing with their own thoughts and doing their best to express them in some manner that didn’t get them made fun of, divorced, in jail, or all alone.

I think of this wealthy relative of mine who says things like, “I feel so badly for your mother. It’s so sad.” And then I think of my mother who says about this same person, “That poor sap. I am so grateful not to be her. She’s never had to survive any sort of malignancy. She’s just so blasé. So benign.”