How Following Someone Else’s Path Can Lead to Depression 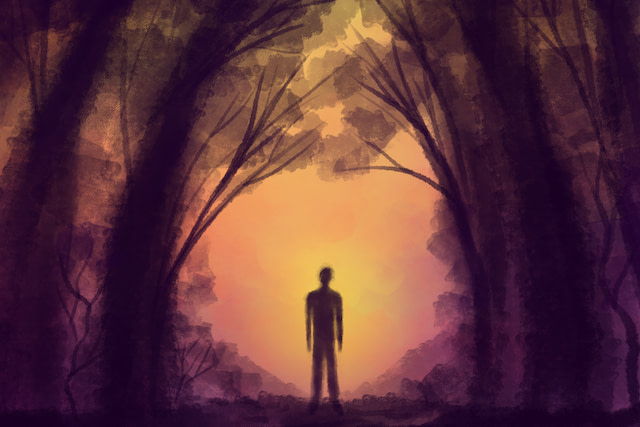 Overcoming depression was one of the hardest yet most rewarding experiences of my life. I didn’t understand it when I first started struggling at eighteen, so I let years go by, accepting my state and letting life pass me by, following what I was told was the right path. Listening to my peers and family on career, relationships, money matters, and keeping up with the world. But my illness only grew stronger.

Later, as I deconstructed social systems and economies through my academic studies in political science—which really meant exploring human nature and society values—I began to make connections to my environment and my upbringing. It gave me the foundation to question everything I was accepting “as is.”

I slowly began to pull apart my life, moral by moral, value by value, questioning not only my peers but also my family’s interpretation of life.

I was not very liked, but nevertheless, I became inquisitive. Every time I felt triggered, I went back to the drawing board to reconstruct another lesson. I decided to live my life as an experiment. Over time, I learned four valuable lessons about overcoming my depression, which I will share with you here:

1. De-construct what you were taught and build your life around your own values and morals.

As children, we learn what other people teach us is right. This can make it challenging to identify and build our lives around what we believe is right for us personally.

When I was younger, there was a certain path I was told to take because the path I wanted to follow was difficult. I know that my family did not want to see me get hurt. But as I became my own person, I struggled to make sense of things because my experiences differed from how others had experienced their own life.

I felt alone with no one to relate to. Then I realized that my values and morals had been passed onto me, and they did not fit with what I actually wanted. My morals and values had been shaped by thoughts, opinions, and experiences of my parents, family, and friends. I had to de-construct what all of this meant for me and recreate these guidelines for myself.

Depression is a cry for help. As famously stated by Jim Carrey, it is your body telling you “f*ck you I don’t want to be this person anymore.”

I realized that all my experiences were incorrectly matched with my actual values and morals, and hence my personality was not authentic, it was simply how I molded myself according to my surroundings.

2. Don’t live someone else’s plot and story, write your own one day at a time.

It took years for me to realize that I was not living my life, I was trying to live a perceived notion of what I thought life “should be.” I was always forcing experiences to fit into this box of what life was supposed to be so I could justify them.

It is like writing an academic argumentative paper. You try to find primary sources that align with your viewpoint and argument so you can use them as references. The problem was that my references (what I was taught to value) did not align with my argument or viewpoint (what I actually wanted).

So of course, I hit depression. My life made no sense. It was a hard break on a highway with oncoming traffic.

Human beings are afraid of uncertainty. We are afraid of not knowing where life will take us, not having direction. It is easier to follow a route with directions. It’s difficult to just take your car, hit the road, and hope for the best.

I decided to hit the road, literally. I would go on long drives with no destination. Living in Alberta, Canada, the Rockies were nearby, so I would pack my bags and just drive, until I found a place I wanted to stop at. I would reach the British Columbia border and realize I’d been driving for hours. But because I had no destination, the drive was enjoyable, it was therapeutic. Imagine if we all lived our lives this way.

Because we want to make sure we have our retirement plans figured out, to not end up hungry and broke, we spend all our lives trying to create a life that we will enjoy eventually, without enjoying our current life.

There was a time in human history when it was necessary to live in survival mode, but that time is not now. I won’t argue that money doesn’t buy happiness, because I definitely needed gas money. But, while we create a plan to make money, support ourselves, and save for retirement, we need to enjoy the moments—because our story is always unfolding right now.

3. Don’t wait until you become who you want to be to love yourself.

I thought I would love myself more if I was smarter. So I became smarter, I got two degrees, but I still felt less than. Then I thought if I became a model, I would feel proud of who I was. So I became a model, but I never came around to loving myself even though I was encouraged externally. Then I thought that if only I had a nice job and more money, I would love myself. So I got a nice job and made more money, but it did not cure my disease.

No matter who I was or what I tried to be, I kept pushing the prize further and further away. I just would not let myself “make it.”

I finally looked back at my collection of prizes and recognized how insignificant they all were. No wonder I wasn’t impressed with myself. The point was not to become a certain person so I could love myself, the point was to love myself enough to do and be what I want. To respect myself enough to only reach for prizes that are meaningful to me.

I realized that to truly love yourself means to respect yourself. Respect and love yourself just as you are right now as you evolve into who you can be.

When you give yourself that unconditional respect and love, you tend to move toward things that align with you.

I moved toward a career in public service. I moved toward writing. I moved toward taking things slowly and enjoying my days. I also became a morning person. I can proudly say this is me and I love myself, even as I evolve further.

4. Live life with purpose and meaning.

It is so easy to follow a straight path, doing whatever is expected of you. But to dig deep to find a path that feels right for you provides a high that even drugs can’t replace.

It does not matter whether you choose to be a humanitarian, a writer, or give up capitalism to become a monk. What matters is that you build a life that suits your personality and aligns with your own morals and values.

Meaning gives us all a life worth living.

Human beings are emotional creatures, far more so than other species, hence our life must be ruled by purpose, or we will feel dead inside. Regardless of your profession, make time to do things that excite you and give you a sense of purpose.

Somebody I know once asked a representative of the United Nations how to get a job with them because they wanted to make a difference in the world. She answered, rather than trying to save the world by being in the UN, do things that make you feel you’re making an impact even if it is just in your local area. We can apply that to our everyday lives.

Purpose can simply mean you choose to live your principles as a kind person, to others and to yourself by not engaging in negative self-talk. It could also mean building genuine relationships instead of trying to fit into crowds that are clearly not meant for you.

Staying true to yourself is living life with purpose, and you never know, you might just end up at the United Nations anyway.