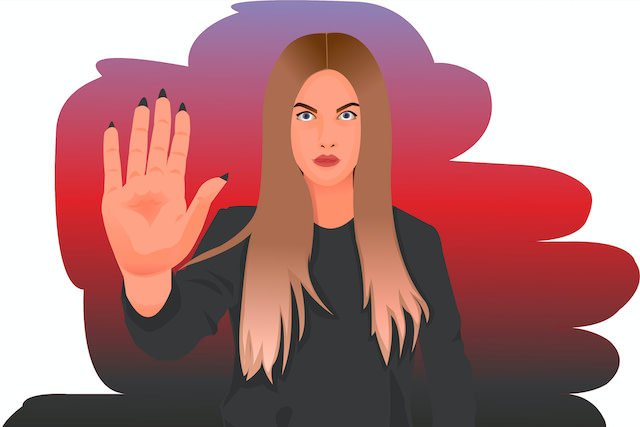 “It’s okay to let go of those who couldn’t love you. Those who didn’t know how to. Those who failed to even try. It’s okay to outgrow them, because that means you filled the empty space in you with self-love instead. You’re outgrowing them because you’re growing into you. And that’s more than okay, that’s something to celebrate.” ~Angelica Moone

I was taught to love my family and to just accept the love they give. With the passage of time and the dawning of maturity, I began to doubt this kind of unquestioning love. The chronic emotional and mental stress of the relationship with my mother came into a new light after the birth of my youngest daughter.

I could no longer avoid and just accept a toxic relationship that was void of emotion and affection. I began to look at the dysfunctional familial relationship with her through the eyes of a new parent and started to see things differently.

I started asking myself questions like “Would I ever purposely treat my child with such indifference and disregard them so callously?” So many more questions I asked myself were met with “no.” So, why would I just accept this behavior? Why was I allowing this constant stress to take up so much energy in my life?

I can look back and see now that I was holding out hope for a grand gesture while craving to receive maternal feelings of love and security.  My inner child was holding out for love from the person that gave birth to her, but the adult in me sees that the love I was truly needing was love for myself.

The walls to unquestioning family loyalty came tumbling down around me about five years ago. My husband and I had been living in the Bay Area and felt strongly that it would be nice to raise a family near family. So, before the birth of our youngest, we decided after fifteen years of living in California to move across the country to Connecticut.

During our plans to move, I held on to the delusion that if I lived closer, my mother would want to be part of our lives. She even called me while packing up our last few moving boxes to tell me how thrilled she was that we were moving back and that she could not wait to visit us all the time. She never came to visit; I had built up the illusion that she wanted to be part of our lives.

The coup de grace was when she called me out of the blue on her drive up from Florida, where she vacations in the winter, tell me she was planning on stopping for a quick visit on her way home to Massachusetts. Giving me a time frame as to when she would be arriving.

As the week passed, she did not call or visit. However, I did receive an out of the blue message three months later to say hi, which never acknowledged the previous plan to visit.

It was after this final act of indifference that I made the decision, I could no longer allow the hurt and manipulation to continue. What was I teaching my children about boundaries if I was not creating healthy boundaries?

My therapist once asked me “Would you go shopping at a clothing store for groceries”? When I answered, no, it dawned on me that I wouldn’t, so why was I expecting something different from my mother?

I once read that people can change, but toxic people rarely do. Toxic individuals, according to this adage, seldom change. Because if someone isn’t accepting responsibility for their acts and lacks self-awareness, how can you expect them to alter their ways? The change I was waiting for was not her to change but my willingness to change.

At first, I questioned my decision to end this relationship. Was it cruel of me to not allow my children to know their grandmother? However, at the same time the realization came that she was not really a part of our lives.

Unraveling this toxic tie has been an act of self-love. For myself, for my inner child who is still healing, and for my children, so they can witness their mother loving herself enough to quit letting someone else harm her.

Since this decision, I have had family try and talk to me about my decision. Telling me stories of how their friends severed their relationship with a family member and regretted it after their passing. When that time happens, I will grieve, I will grieve for what never was.

Instead of clinging to this toxic relationship, I am teaching my children so much more by ending the cycle of neglect and creating healthy boundaries. I am showing my children how to love themselves.